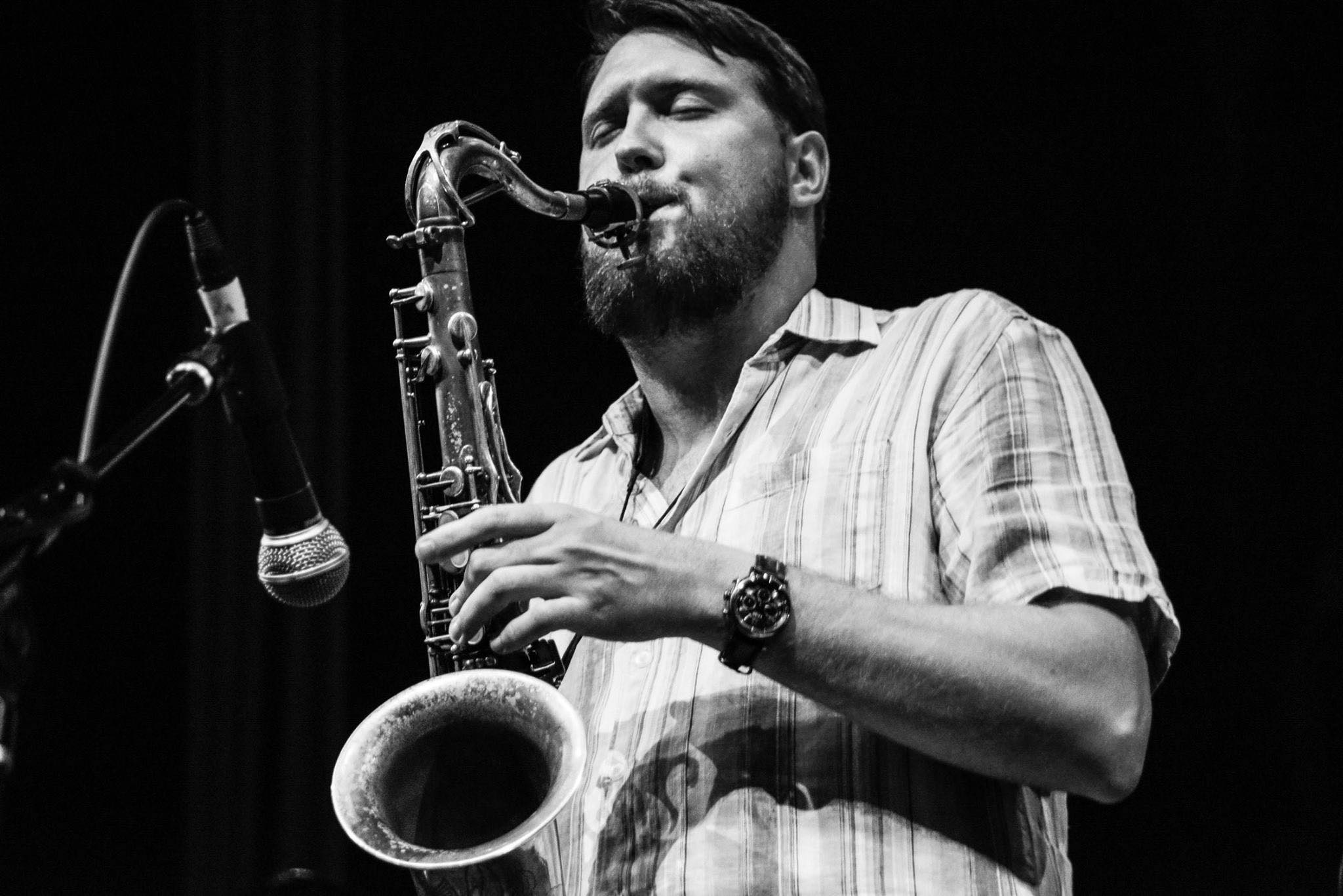 ROY MCGRATH
Roy McGrath is a Chicago-based tenor saxophonist, composer and bandleader. Born and raised in San Juan, Puerto Rico and educated in Boston, New Orleans and Chicago, Roy brings to bear these diverse influences in his playing and composing. In addition to leading and recording with his own jazz ensembles, he is a member of several others and an in-demand player in the city’s jazz, funk, Latin jazz and salsa scenes. He has led international tours to Mexico, Singapore, Korea and China.

Roy sang in school choirs before picking up the saxophone at age 16. After attending the Berklee College of Music Summer Workshop, he earned a full scholarship to attend Berklee’s five-week Summer Performance Program. Back in Puerto Rico, he honed his improvisational skills performing with jazz pianist and Beach Boys alumni Carli Muñoz.

Roy studied at Northwestern University in Chicago, where he graduated with a master’s degree in Music, studying under Victor Goines, saxophonist for Jazz at Lincoln Center and Director of Jazz Studies at Northwestern University. Graduating in 2014, McGrath decided to put down roots in Chicago because of both its historic role in the development of jazz and the presence of large and vibrant jazz & Latin music community in which he could continue to pursue his vision. He returned to Northwestern’s Pick-Staiger Concert Hall in 2016 to perform with Victor Goines and Branford Marsalis in Goines’ orchestral composition Crescent City.

He released his debut CD as a leader, Martha, in 2014 with a quartet formed of fellow Northwestern grads Gustavo Cortiñas, Kitt Lyles and Joaquin Garcia, all bandleaders in their own right, and returned the favour by joining their ensembles: Snapshot (Cortiñas), Real Talk Collective (Lyles) and Rhythm Convergence (Garcia). The Roy McGrath Quartet was featured in the Jazz Institute of Chicago’s NextGEN concert series in 2015. Later that year, the Chicago Department of Cultural Affairs and Special Events (DCASE) awarded McGrath a grant to take the quartet on a month-long tour of Mexico. Also in 2015, The Roy McGrath Latin Jazz Quintet performed at the Chicago Latin Jazz Festival.

He also launched the Julia al Son de Jazz project in September 2015, commissioned by Chicago’s Segundo Ruiz Belvis Cultural Center, where he works as director of the youth Afro-Caribbean Jazz Ensemble and collaborates with folkloric ensembles. The project used the writings of revered Puerto Rican poet Julia de Burgos as a springboard for new compositions that included spoken word recitations of her poetry. Its debut was followed by successive performances throughout Chicago including three dates for the Chicago Park District’s Night Out in the Parks summer concert series in 2016. McGrath has since used ideas developed during that period in his latest endeavor, Remembranzas, a new batch of original compositions that incorporate folkloric bomba rhythms and other Puerto Rican elements in a jazz framework.