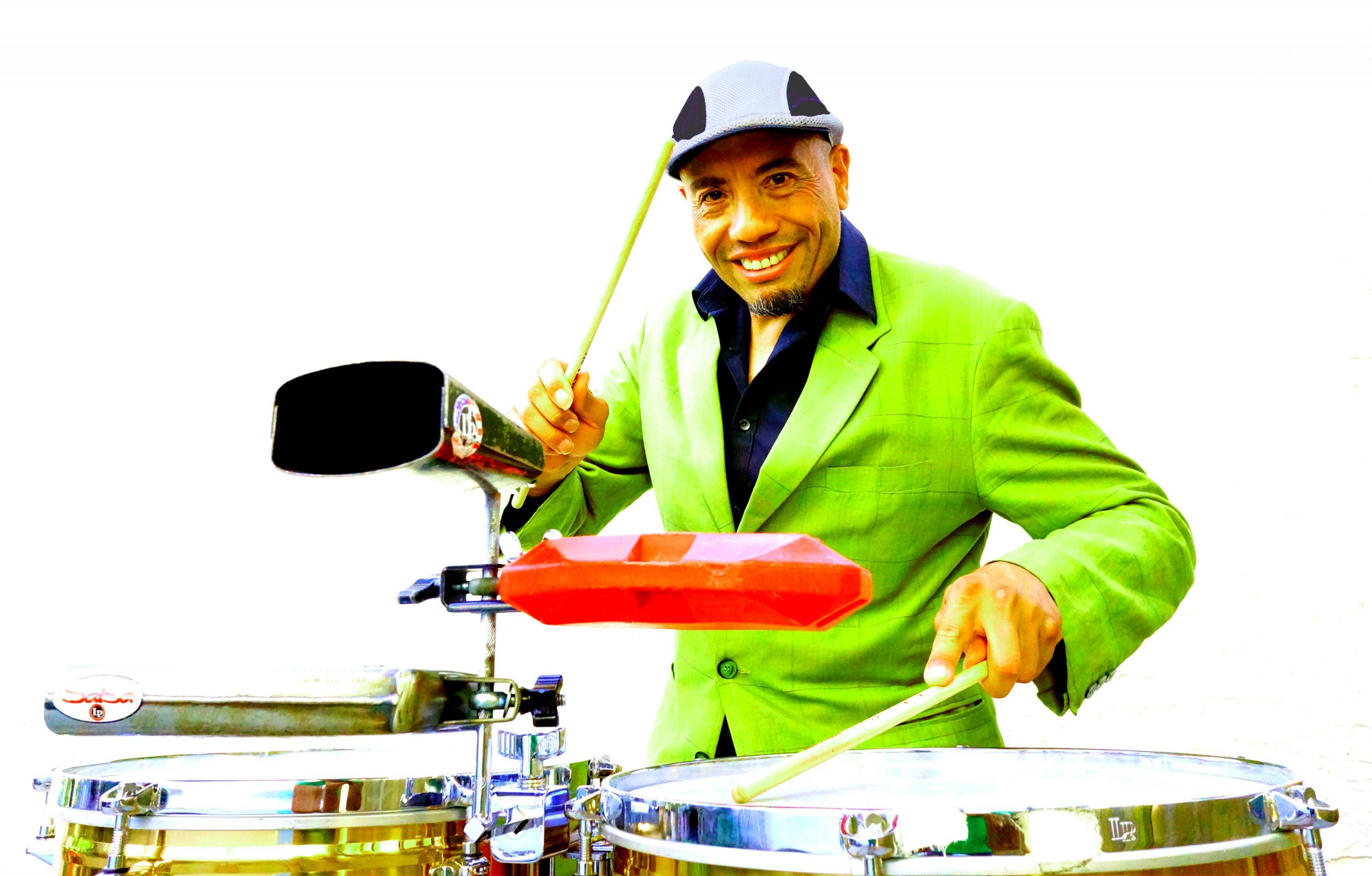 Composer, arranger, guitarist, percussionist, and bassist Rodrigo Muñoz has been active in Winnipegʼs music scene for over 30 years. He is the leader of the popular Latin Jazz ensemble Papa Mambo, and as a percussionist, he has performed with Latin legends Tito Puente and Jose Luis “Changuito” Quintana and Canadian jazz star Jane Bunnett and Hilario Duran.

Recently Rodrigoʼs three-movement work “Marejada” was premiered at a Groundswell Concert in Eckhardt-Gramatté Hall and two of his symphonic arrangements were premiered by the Winnipeg Symphony Orchestra at three sold-out concerts in 2010 (“Afro Cuban Nights”). One of his latest instrumental works “Latin American Suite for guitar, cello and violin” was premiered at a Winnipeg Classical Guitar Society concert. Rodrigoʼs arrangements, as well as some of his compositions, were featured at a sold-out concert with the WJO.

As a member of Trio Bembe Rodrigo won a Western Canadian Music Award for Best World Music Recording. His latest recording with his band Papa Mambo is titled “El Swing de Papa Mambo” and features all of Rodrigoʼs compositions and arrangements.

Your Daughters and Your Sons—The Duhks (2003–Sugar Hill Records)