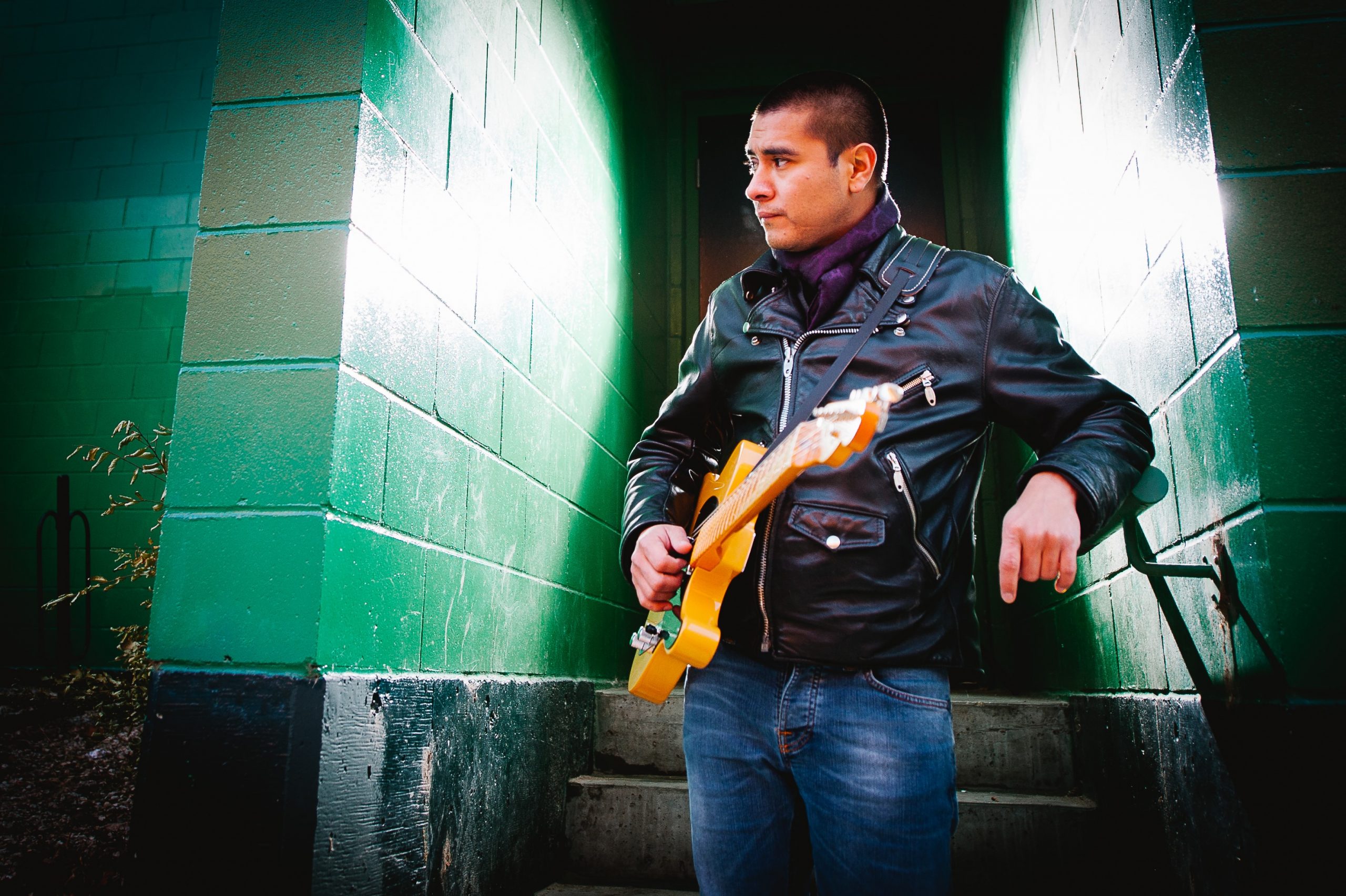 Rafael Immigrated to Canada in 1998 from El Salvador and played in many outfits before joining The Mariachi Ghost in 2009. These outfits ranged from traditional Andean music to rock and punk, including reggae and tropical Latin combos, all of which have made him a well-rounded musician, well versed in many genres of music. These experiences have also made him quite adept at many instruments, including many stringed, percussive, and wind instruments.

Joining The Mariachi Ghost in its very early stages of development, he helped to establish a sound and a more cohesive musical direction alongside Jorge, Timothy and Gabriel. Ready to record a small EP within a year as the band had developed the bulk of their first album by then as well. While tending to bring the heavy rock aspect to the band, and his love and knowledge of progressive rock Rafael found his new home quite comfortably within their sound.

Since then, Rafael has participated in various recordings and live acts as Guitar/Bass player, pedal steel guitar player, and continues to write music for bands as well as soundtracks for film and theatre.