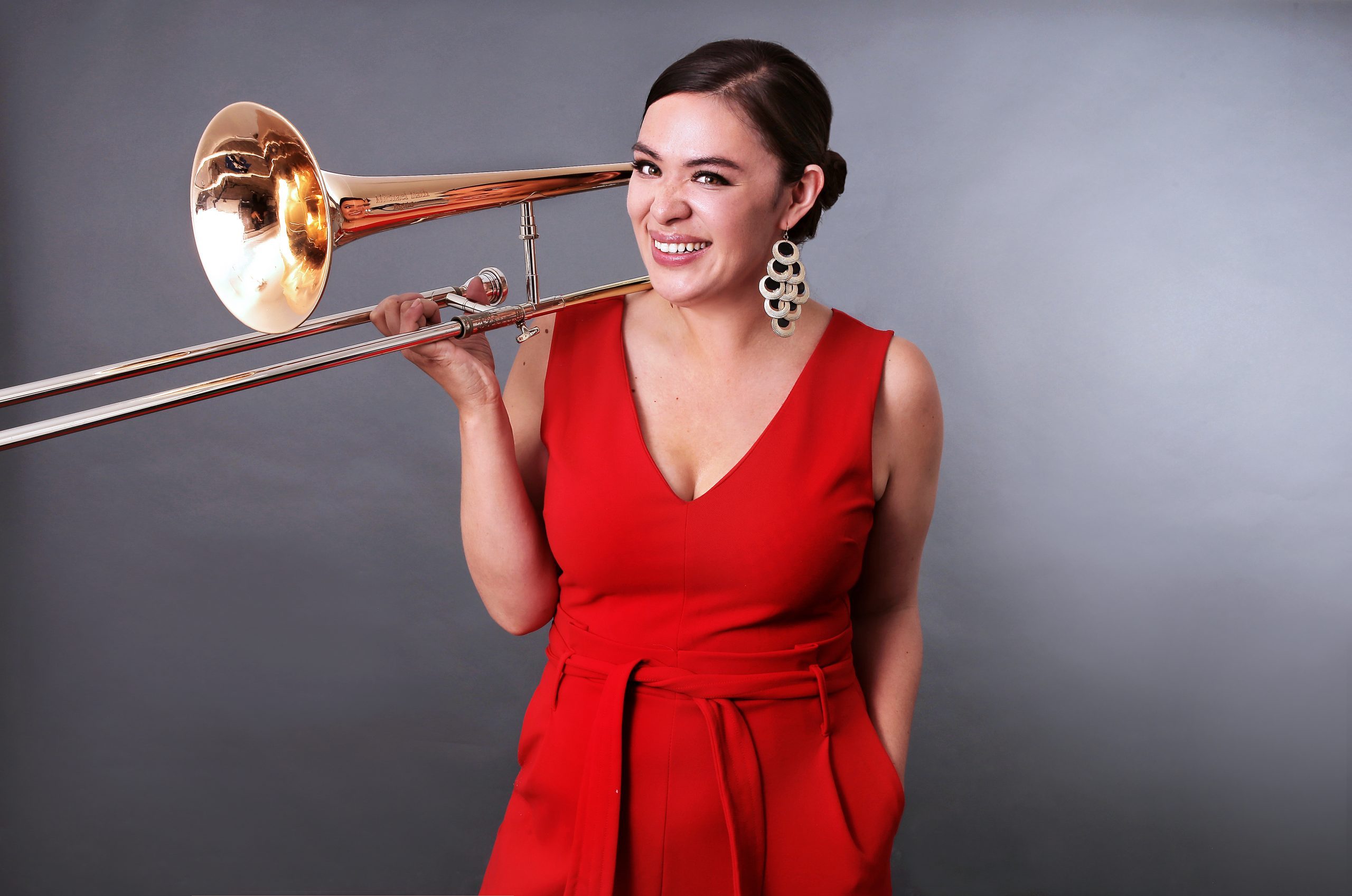 Classically trained but with a voracious appetite for honing her craft in any genre, Ochoa has shared stages with Hilario Duran, PJ Perry, and Tommy Banks; and with international greats Lew Tebackin, Marcus Miller, Chris Potter and the UNT One O’Clock Lab Band. A rising star in her own right and a fixture of the Canadian music scene, she is decidedly captivating and original, and her compositional skill and talent on her instrument is spectacular. “…here shows a musician with endless confidence and skill, with varying moods and tempi within a trio that is always in sync.” – (Keith Black, Winnipeg Free Press)

Her debut album, “Trombone and Other Delights” (2013) , was widely acclaimed and spent 3 consecutive weeks as the number one Jazz album on the Earshot charts. Ochoa’s sophomore release, “Afterthought” (2017), is an extension of her consummate understanding of arrangement and dedication to her craft – leading to a No. 1 position on the Canadian jazz charts and breaking top 20 in the U.S. She is a decorated award nominee, having earned recognition at the Western Canadian Music Awards, the Global Music Awards and a recent recipient of the Edmonton Music Prize, noting an outstanding musical contribution to the local arts scene.